The studio’s brand-new look features a circular standing anchor desk at its heart. The design features metal and printed graphic layers featuring the Hearst diagrid, as well as a sleek glass top. The studio design paid close attention to its color scheme by giving an airy feel for its close ties to the water, but also implementing heaviness by adding more industrial elements that play homage to the city’s more modern touches.

Placed on a diagonal in this space is a freestanding 2×2 flat screen array from Primeview flanked by frosted panels on both the sides and above.

To the far left of the space is a multi-functional area that includes the option to be used as both an interview set as well as stand-ups — both of which can take advantage of the larger video wall here, also from Primeview. 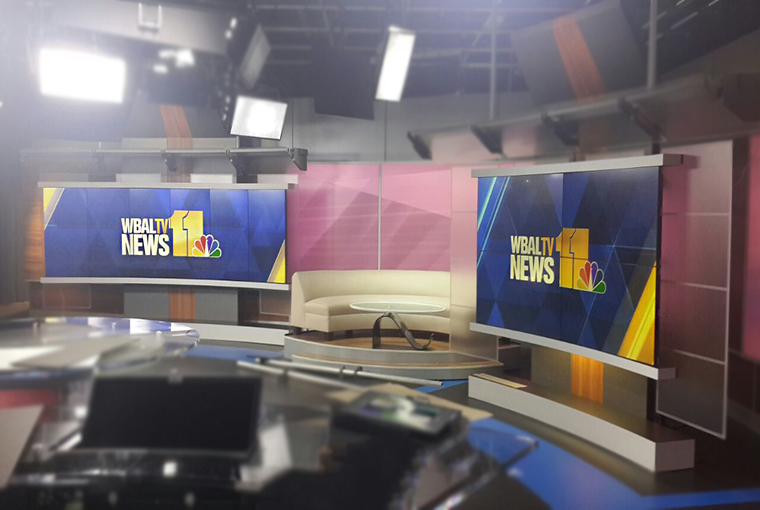