Creating a compelling fan experience begins with a cohesive strategy and holistic approach. Every aspect of engagement must be considered and woven into a larger picture fans can enjoy and feel connected with on multiple levels. The Minnesota Vikings plan to go above and beyond for their fans in their newly renovated development.

The broadcast production studio can be a key asset in an overall fan engagement strategy for sports teams. Specifically, it can create unique fan engagement opportunities unlike any other and provide real value for sports campuses as part of new facility construction.

Primeview was selected to provide the display technology for the entire studio. Various screens that appear on the set, including a 3×3 video wall behind the main desk (PRV55SNG01URSDI), a monitor wall behind the couch area (PRV654KLED), and an 86” 4K projected capacitive touch (PRV864KPCT). Display technology is crucial in sports broadcasting for storytelling and top-notch quality.

Creating an entire development; Including a new practice facility, the Vikings also added a brand-new TV studio. This will improve fans consuming content, including the implementation of several new TV shows and segments titled “Vikings Game Plan”, “Vikings Game Day Live” via FOX9, and “Between the Lines” after each game as well.

“We had a vision ,” says Bryan Harper, VP, content and production, Minnesota Vikings, “but, at the end of the day, it comes down to support from ownership, [to] the fact that they love our content, they love what we do, they care about it, they care about our fans, and they want to give our fans the best opportunity to engage.” 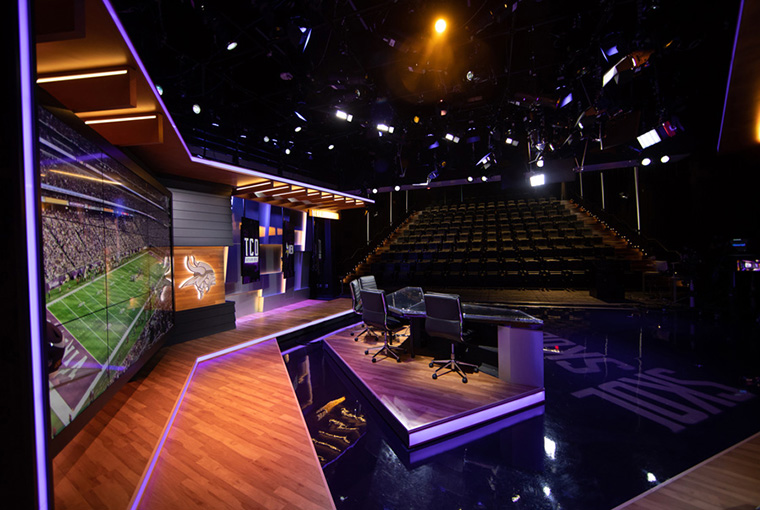 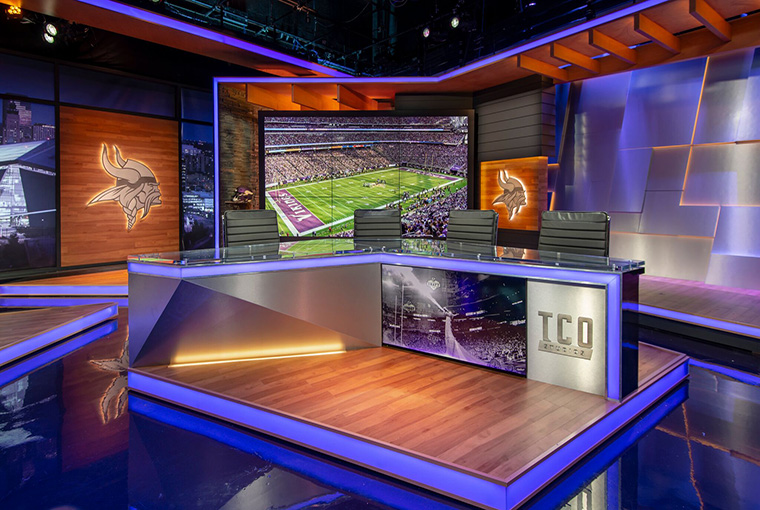 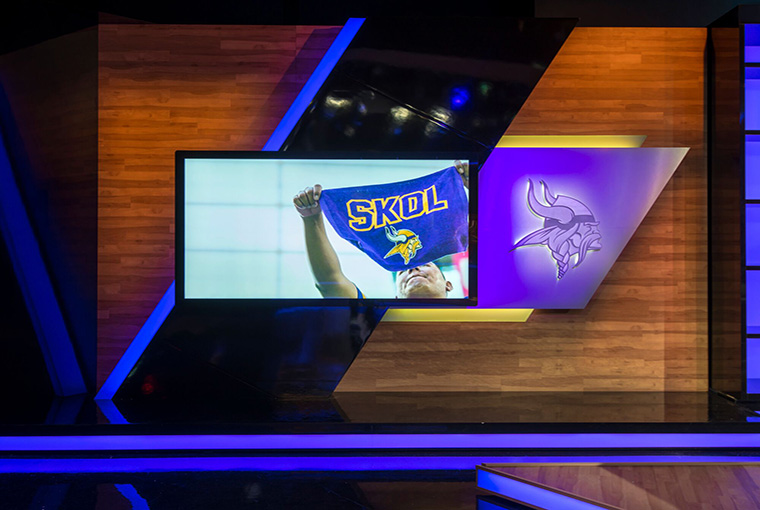 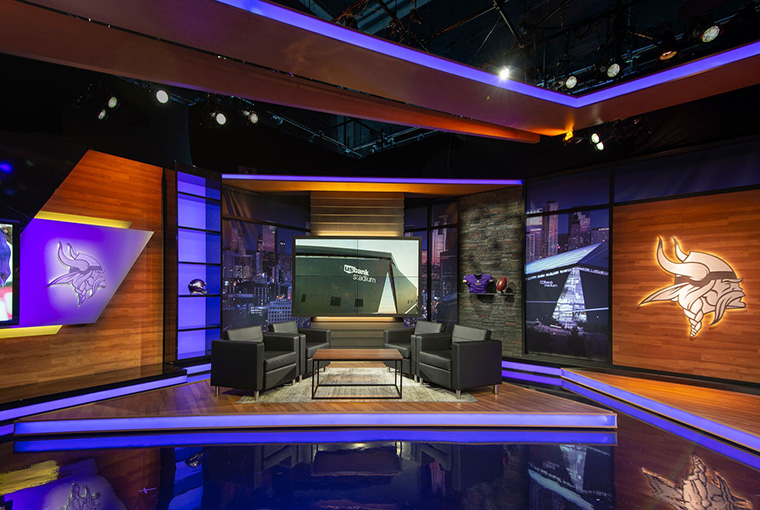