Orlando’s most reliable source for breaking news, WESH 2 News is the #1 source for the latest local headlines and live alerts in the area.

The new studio was inspired by a twist on the station’s “diagrid” graphics package as a primary design motif.

The anchor desk, which has been changed to a circular design, is situated in front of one of the set’s multiple video panel setups, a curved video wall created using vertically mounted video screens from Primeview.

During most news segments, this video wall is filled with a stylized cityscape that includes animated diagonal lines as well as hints of the diagrid itself, but it can also be used for topical, branding and breaking news.

Additional video panel configurations include a rectangular array as well as a side-by-side arrangement that creates a sort of ribbon shape.

Most of the set’s areas are designed to be used in multiple ways, whether it be for weather reports, anchor desk shots, standups or interview segments using the studio’s movable sofa setup. 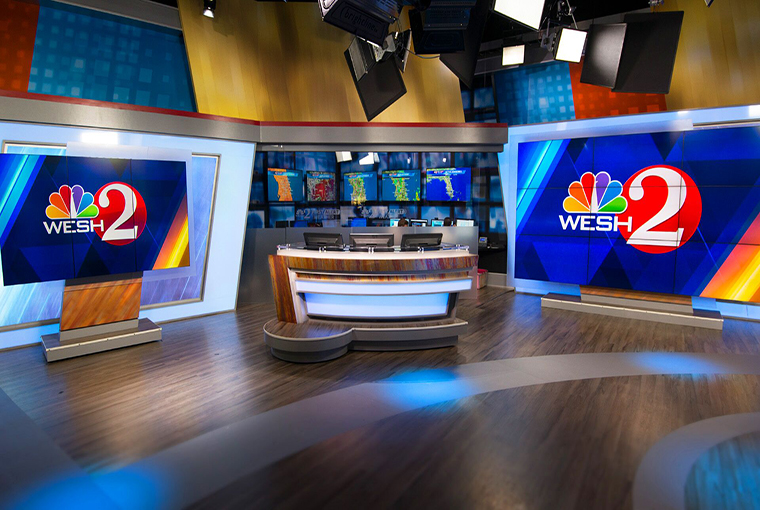 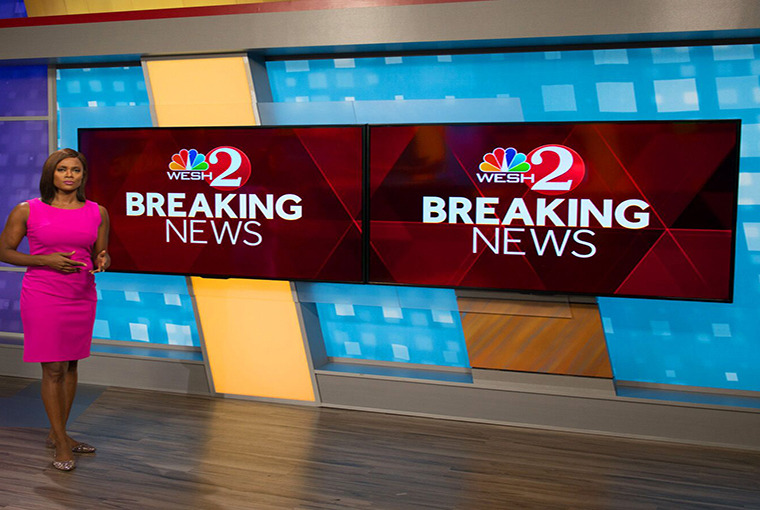