Broadcasting from the network’s headquarters above New York City’s Chelsea Market, Studio A works to capture an inviting and casual space on air with modern sensibilities.

Subtle references to the neighborhoods of New York and the nearby High Line are found interconnected throughout the design language, such as through the materials and faux plants on the set. This larger idea of “celebrating New York City” is found in all of NY1’s new studios with maps and graphics that showcase the five boroughs, all displayed on multiple different Primeview monitors.

Other areas include a casual interview area and a 1-on-1 discussion area that will also serve as a weather presentation point, where Primeview’s 65” and 75” 4K touch monitors (PRV654KPCT + PRV864KPCT) are used for interactivity with viewers. 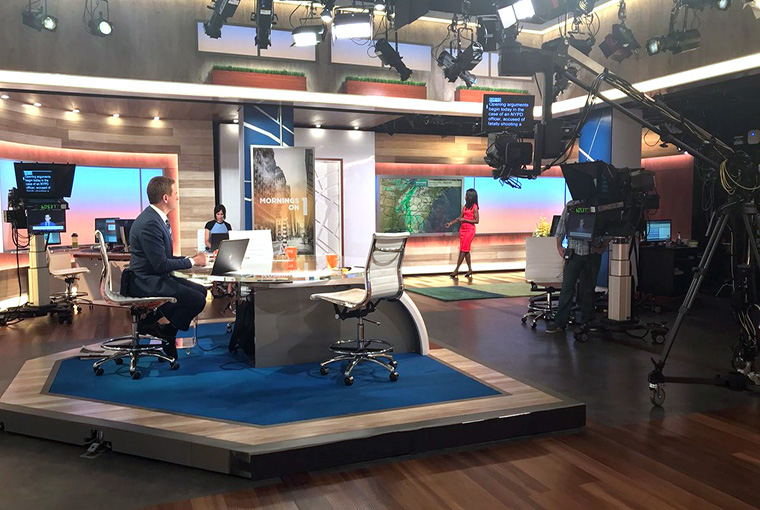 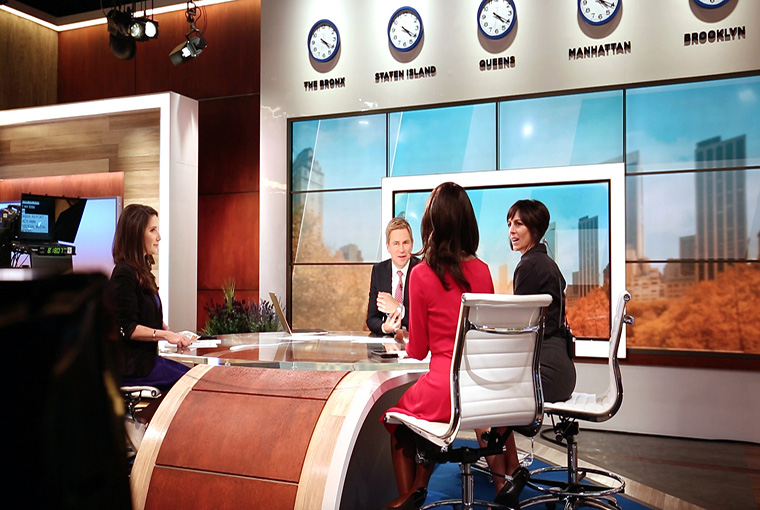